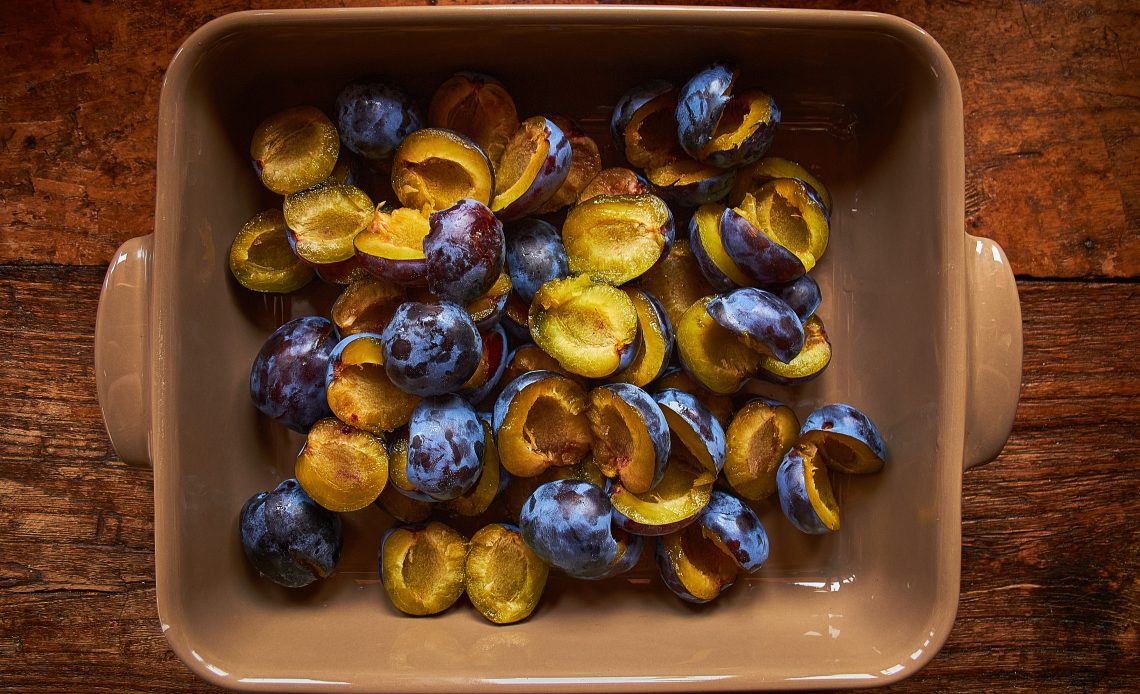 Śliwa is one of the most popular trees in Polish orchards. It grows very fast and doesn’t require much maintenance. Most plum trees are frost hardy varieties. Which of them are worth planting in an orchard?

It comes from the USA. It is very popular among Polish growers. It fruits most often in the second year after planting, abundantly. The harvesting of fruits takes place usually in the second half of September. Amers tolerates average frosts but is resistant to fungal diseases. The fruit can be eaten raw. They are also suitable for preserves.

American variety, originating from a cross between the varieties Stanley and President. Resistant to frost and some fungal diseases. Not very resistant to blue rust. It has got big dark blue fruits, which are ripe in the middle of September.

It is an old English variety of plum tree. It fruits regularly and richly in late July and August. It is very sensitive to frost. It needs protection before winter, e.g. with non-woven fabric or straw. Its fruits can be used for preserves.

Valued for its big fruit, weighing even 100 g. In case of big frosts it needs additional covering with a hood. Its fruit can be harvested in the middle of September. Suitable for preserves, for baking and eating raw.

This variety comes from Sweden. It is a cross between Car and Ruth Gerstetter. Resistant to frost, pests and diseases. Very valued by fruit growers – the fruits always have a good price at the buying up. It is partly self-pollinating. Planting it next to Amers and Cacanska variety will increase the yield of Herman variety. Perfect for baking and desserts.

Not so well known in Poland variety, which comes from China. In our country it appeared in the 70’s of XX century. The fruits look exotic and are very tasty.

Comes from the Czech Republic. Bears fruits very quickly. It is resistant to frost and not very resistant to fungal diseases. It has large purple fruits, which are ready for harvesting at the end of August. It has slightly sour flesh.

Most likely originated in France. It has small green fruits that can be harvested in late August. They are suitable for compote and for eating fresh.

A French variety of plum tree. The fruits are big and very tasty. It is a self-pollinating variety and also a pollinator of popular plum varieties. It fruits every other year, at the end of August.

An old German variety. Most often used as a rootstock for grafting other varieties. Resistant to frost but very susceptible to blight. The fruits are small and small. Perfect for jam making and drying.

What should I consider when choosing plum trees for my garden?

When choosing plum trees for your garden, you should be guided by resistance to fungal diseases, abundance of fruit, taste and ease of cultivation. It is worth choosing trees that will not reach large sizes (this makes it difficult to care for and harvest the fruit)

That is why you should choose trees grafted on scarifying rootstocks. Unfortunately, such trees have higher soil requirements and less resistance to drought. When buying plum trees for the garden, it is worth choosing self-pollinating varieties that bear fruit at different times.

What work should be done in the garden before winter?

By Jaquelin Mills
Adapt your garden to survive the winter period without problems. We will help you take care of your plot to protect it from the cold.
END_OF_DOCUMENT_TOKEN_TO_BE_REPLACED
92
Share
Fruits and vegetablesPlants

By Jaquelin Mills
Growing fruits and vegetables in a greenhouse is a great idea if you want a high yield of warm-season crops. We suggest what to grow in a greenhouse. Check out our types!
END_OF_DOCUMENT_TOKEN_TO_BE_REPLACED
238
Share
Ornamental shrubsPlants

By Jaquelin Mills
Fargesia rusty is a plant of exotic origin, yet it also grows well in Polish conditions. We explain how to care for fargesia.
END_OF_DOCUMENT_TOKEN_TO_BE_REPLACED
291
Share