Growing rhubarb in the home garden 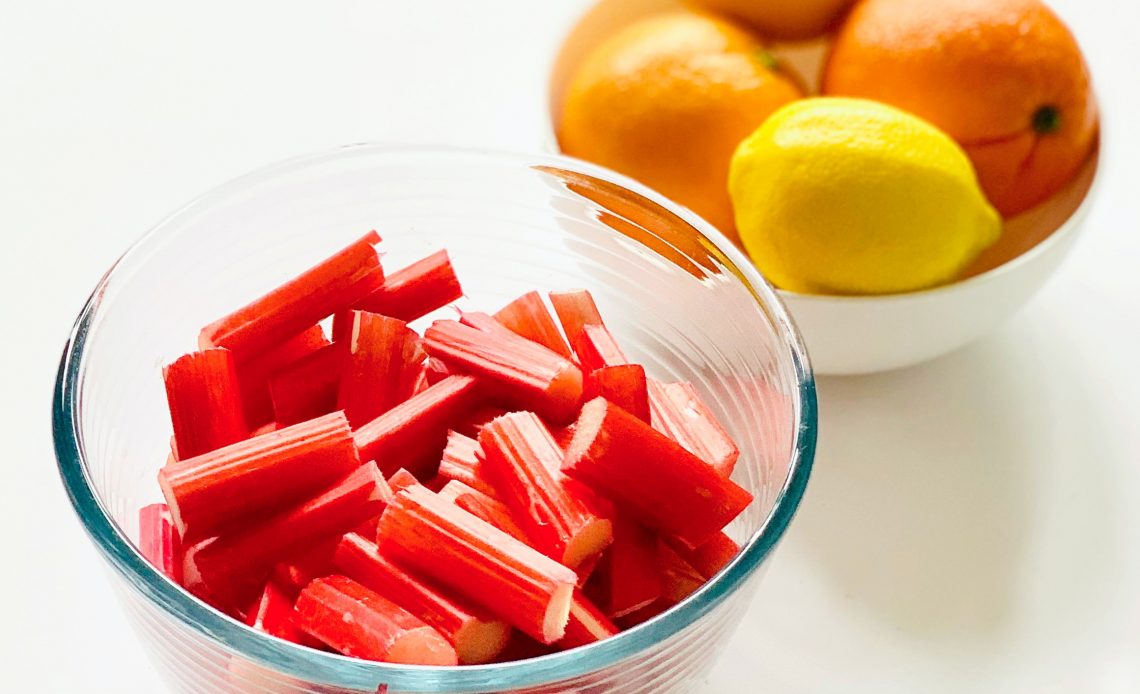 Rhubarb is a popular edible perennial. Its petioles have a lot of nutritional value. How to grow rhubarb?

In the spring rhubarb grows new leaves. Only the stalks of rhubarb are edible – depending on the variety it is the red, pink or green part. The most tasty is the red colored rhubarb. In Poland, very popular varieties are:

How to grow rhubarb?

Rhubarb grows best in a sunny or semi-shaded position. It requires constantly moist, fertile or limy soil. During the summer it needs regular irrigation. If there is too little water, the yield is smaller and the petioles are of lower quality.

Rhubarb needs to be fertilized in the spring with mineral fertilizers, and in the autumn with compost or manure. Nitrogen fertilizers are used at harvest time.

Rhubarb blooms in May. The flowers should be removed, because they weaken the plant and prevent the formation of leaf buds.

Diseases and pests of rhubarb

The most common diseases of rhubarb are petiole rot and rhubarb carp. They can be caused by fungi and bacteria that get in through mechanical damage, such as when the vegetable is not picked properly. Rhubarb is also attacked by fungal diseases including powdery mildew, rust and leaf spot.

How to propagate rhubarb?

Rhubarb can be propagated in two different ways: by seeds and by dividing the stalks. The first way is very cumbersome and rarely used. A very popular way is to propagate rhubarb by splitting the stalks. Propagation is done in early spring (if winters are cold) or in autumn. This promotes rooting of the plant while it is still in the previous season.

To propagate rhubarb, you need to pull the carpels out of the ground and cut them open. The seedling must have several roots and at least one leaf bud. The seedling should be dried before planting, so it is a good idea to prepare it the day before. In the first 3 years, young seedlings should be covered for winter.

When to harvest rhubarb?

Why should we eat rhubarb?

Rhubarb has few calories – in 100 g there are 9! Therefore, people on a diet can eat it without worry. In 100 g of rhubarb there are 3.2 g of dietary fibre. The plant is also rich in vitamins C and E and the B group. It also has many minerals including calcium, potassium and phosphorus. During baking, rapontygenin is released, which has antioxidant activity – preventing the occurrence of cancer cells.

Do not eat rhubarb every day because it has high amounts of oxalates, which cause the removal of calcium from the body.

By Jaquelin Mills
Growing fruits and vegetables in a greenhouse is a great idea if you want a high yield of warm-season crops. We suggest what to grow in a greenhouse. Check out our types!
END_OF_DOCUMENT_TOKEN_TO_BE_REPLACED
4
Share
Ornamental shrubsPlants

By Jaquelin Mills
Fargesia rusty is a plant of exotic origin, yet it also grows well in Polish conditions. We explain how to care for fargesia.
END_OF_DOCUMENT_TOKEN_TO_BE_REPLACED
62
Share
FlowersPlants

Orchids in the garden. Cultivation and care

By Jaquelin Mills
We can grow orchids not only in pots at home, but also in the garden. How to take care of them? We have collected the most important rules.
END_OF_DOCUMENT_TOKEN_TO_BE_REPLACED
82
Share