Ornamental shrub pruning calendar. Check when is the best time to cut 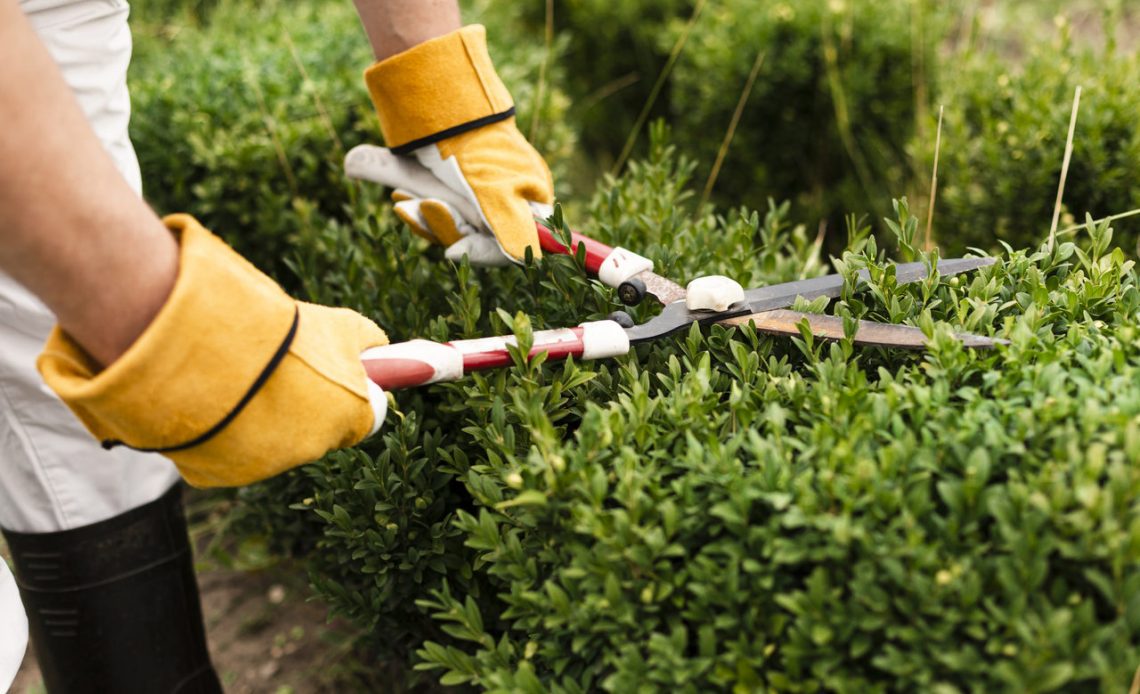 Photo by freepik from Freepik.com

Cutting shrubs is one of the most important tasks in every garden. Check, when is the best time to perform this maintenance to get the best results.

When to prune ornamental shrubs?

Without a doubt, pruning plants is one of the most important tasks of every gardener, whether a professional or a person performing such work in his own home garden. It’s also not surprising that the vision of this activity causes a bit of trepidation in the case of beginners. The main fear is that we will miss the best time and harm our plants. However, the matter is not as complicated as it may seem and thanks to properly performed pruning your shrubs will remain healthy and beautiful.

Learn about the types of pruning

Before we move on to the actual topic, i.e. terms, it’s worth systematizing knowledge about the types of cuts. Formative pruning is considered to be the basic pruning cut for trees and shrubs. In the case of the latter, pruning is most important for young specimens. It is primarily concerned with thickening the leaves. Cutting also removes crossing shoots and shoot and root suckers. Sanitary cutting is no less important, because thanks to it we remove potentially sick and damaged shoots, which can be a focus of infection. It is also worth taking care of rejuvenation pruning, whose task is to stimulate the plant to produce new strong shoots. On the other hand, rescue for trees and shrubs shaped in the wrong way will be a corrective cut. As you can see, without pruning shrubs it is difficult or even impossible for them to develop successfully.

When it comes to the specific date for pruning ornamental shrubs, the matter must be looked at individually. First of all, the date of cutting depends on their flowering period. The general rules are as follows: we cut from mid-February, when the risk of severe frosts passes, to the end of August. For the term of this maintenance procedure we choose primarily a dry day, and some gardeners prefer even cloudy weather, but of course without rain. Shrubs that bloom in spring from buds formed the previous year (eg tamarisk, forsythia) should be pruned only after flowering. On the other hand, shrubs that form flower buds in spring and bloom in the same year (e.g. hydrangea bouquet), are pruned during the spring or early spring. Also remember to avoid pruning bushes that leak sap in the spring. What is important, the date of pruning can be influenced by many factors, such as the weather and the pace of development of plants in a given year. A good gardener is a good observer – and that comes with skill

Stock up on tools for pruning trees and shrubs

Performing this pruning chore won’t be possible without the right tools, of course. Before the optimal time to trim your shrubs, stock up on tools. Ideally, these should be good quality products from reputable manufacturers. Although you’ll spend a little more money initially, the investment will pay off through long-term use. Pruning will also go much more smoothly than if you use poor quality tools. Secateurs (traditional or two-handed) and a garden saw – you’ll definitely need these. Useful tools also include gardening knives or shears designed for hedge trimming

Prepare a plan of action!

Are you facing the challenge of your first shrub pruning and dreading it? It’s only natural, after all, it involves interference with nature, and you want the best for your plants. Autumn and winter (until mid-February), when we don’t do this kind of gardening, is the perfect time to carefully plan your actions, gather the right tools and above all arm yourself with adequate knowledge. Thus prepared you will certainly cope with the task.

What shrubs are worth planting in autumn?

By Jaquelin Mills
Wondering what shrubs are worth planting in autumn? There are quite a few possibilities. Learn more and make the most of the favorable weather conditions that will prevail in the coming weeks!
END_OF_DOCUMENT_TOKEN_TO_BE_REPLACED
170
Share
Fruits and vegetablesPlants

By Jaquelin Mills
Growing fruits and vegetables in a greenhouse is a great idea if you want a high yield of warm-season crops. We suggest what to grow in a greenhouse. Check out our types!
END_OF_DOCUMENT_TOKEN_TO_BE_REPLACED
236
Share
Ornamental shrubsPlants

By Jaquelin Mills
Fargesia rusty is a plant of exotic origin, yet it also grows well in Polish conditions. We explain how to care for fargesia.
END_OF_DOCUMENT_TOKEN_TO_BE_REPLACED
289
Share